7 years ago in Products 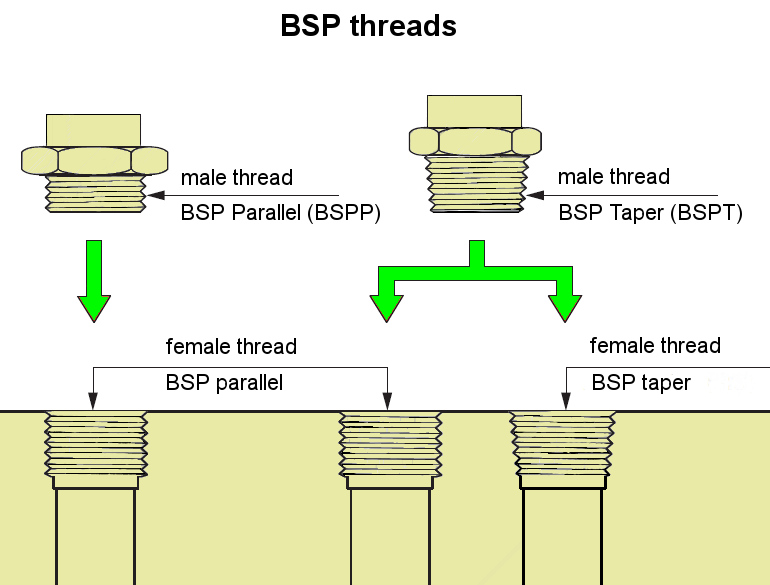 The cylindrical thread to ISO 228-1 is a type of Whitworth thread, a name derived from the inventor of it and whose origins date back to England in the mid-nineteenth century. Whitworth shape is based on a thread with thread angle of 55 degrees, with rounded crests and roots. This type of thread became the most widely used for connecting threaded pipe and emerged as the de facto British Standard, which became known as standard threaded British pipe or BSP (for its acronym: British Standard Pipe ), in two variants: conical (BSPT, t "tapered"), and in its parallel or cylindrical shape (BSP, the last p of "parallel").

As mentioned, the BSP threads are threads with profile "Gas" and can be of two types:

For more technical information you can ask us or refer directly to the rules:

You could be interested also in: TYPES OF THREADS (II): NPT THREADS.

You could be interested also in: TYPES OF THREADS (III): METRIC THREAD.