5 years ago in Products

Compression fittings for PEX and multilayer pipes are the connection accessories for one of type of pipes most growing in production and consumption: polyethylene plastic pipes. But, what type of pipes are we talking about?

In the market there are numerous types of pipes with wide variation of costs, properties and applications. As per rigid pipes, most of the drinking water canalizations as well as gas and heating pipes are made in copper, due to its multiple properties, and not less abundant are PVC pipes (vinyl chloride) which we can often see in waste pipes and implying 50% of Spanish production of rigid pipes, as per the Statistical National Institute (INE).

Then there’s the ones not keeping their shape, as the ones of soft copper typically used in air conditioning installations. But more and more we find the ones of PEX and multilayer, they are flexible plastic pipes which main composition is polyethylene. Let’s see what they are and the differences they present: 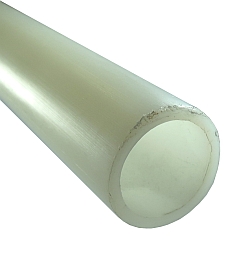 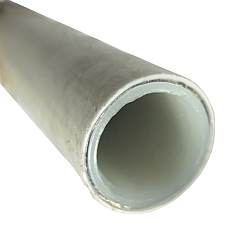 PEX or reticulated polyethylene is a kind of polyethylene (PE) with reticulations. With the same composition, ethylene polymer, the sole difference between them is that during the production process PEX molecules are recomposed with a reticular structure, providing it with new properties such as supporting higher temperatures and pressures.

An evolution of the polyethylene pipe and of PEX is multilayer pipe, composed by three layers, PEX + aluminum + PEX, also there’s PERT-AL-PERT in which polyethylene is not reticulated, all layers stick through a glue. Aluminum layer is adding some properties to PEX pipes, such as:

Due to all these features, flexibility and outputs, PEX and multilayer pipes are used mainly for cold and hot water supplying in plumbing installations and heating, including radiating floor.

When using compression fittings, it has to be taken into account that with multilayer pipe the use of a Teflon joint is compulsory, for isolating the aluminum layer from the brass of the fitting, avoiding galvanic corrosion as already explained in a previous post.